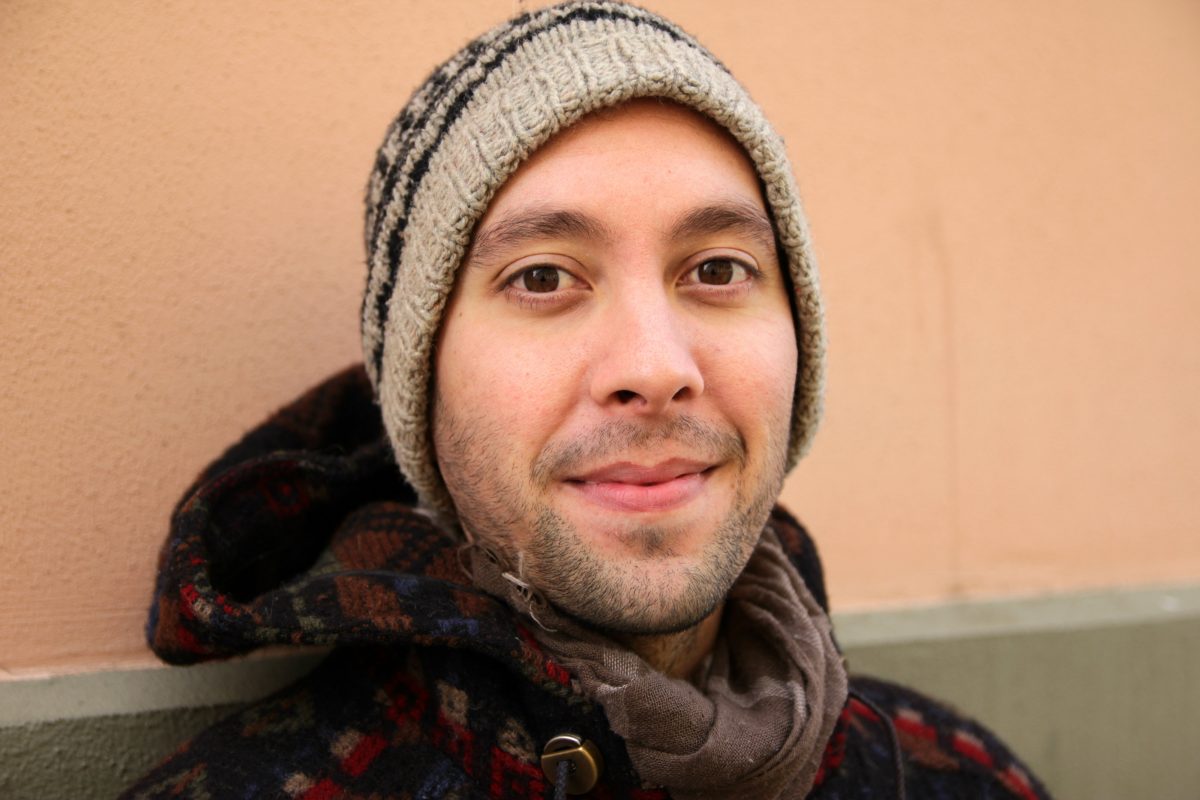 It’s always a pleasure to discover new people and sounds. Specially when my homeland Estonia is involved. When I heard Jeremy’s aka Macajey‘s track “Water” it immediately caught my ear. It felt like a bittersweet summerish vibe we are all looking for in the winter time. “Water” is his first single released in January. After some research I realized that we need to talk with this guy about his values and music. The timing is perfect – we are glad to announce that some days ago, on the 11th of April, Macajey popped his extended play which shares its name with the first single, Water. Believe it or not – the flow of his music really makes you feel the pleasant sway of waves. Light and flowing high-quality chillwave sound, nicely picked vocalists and beautiful album cover made by Estonian artist Karmen Vigor.
So, who is Macajey?! He currently lives in Estonia, Tartu. He came here from a far away land, The United States of America. More specifically, California. So his sunny and positive sound is justified by his origin. We asked some questions to help you with getting to know him better. Enjoy! 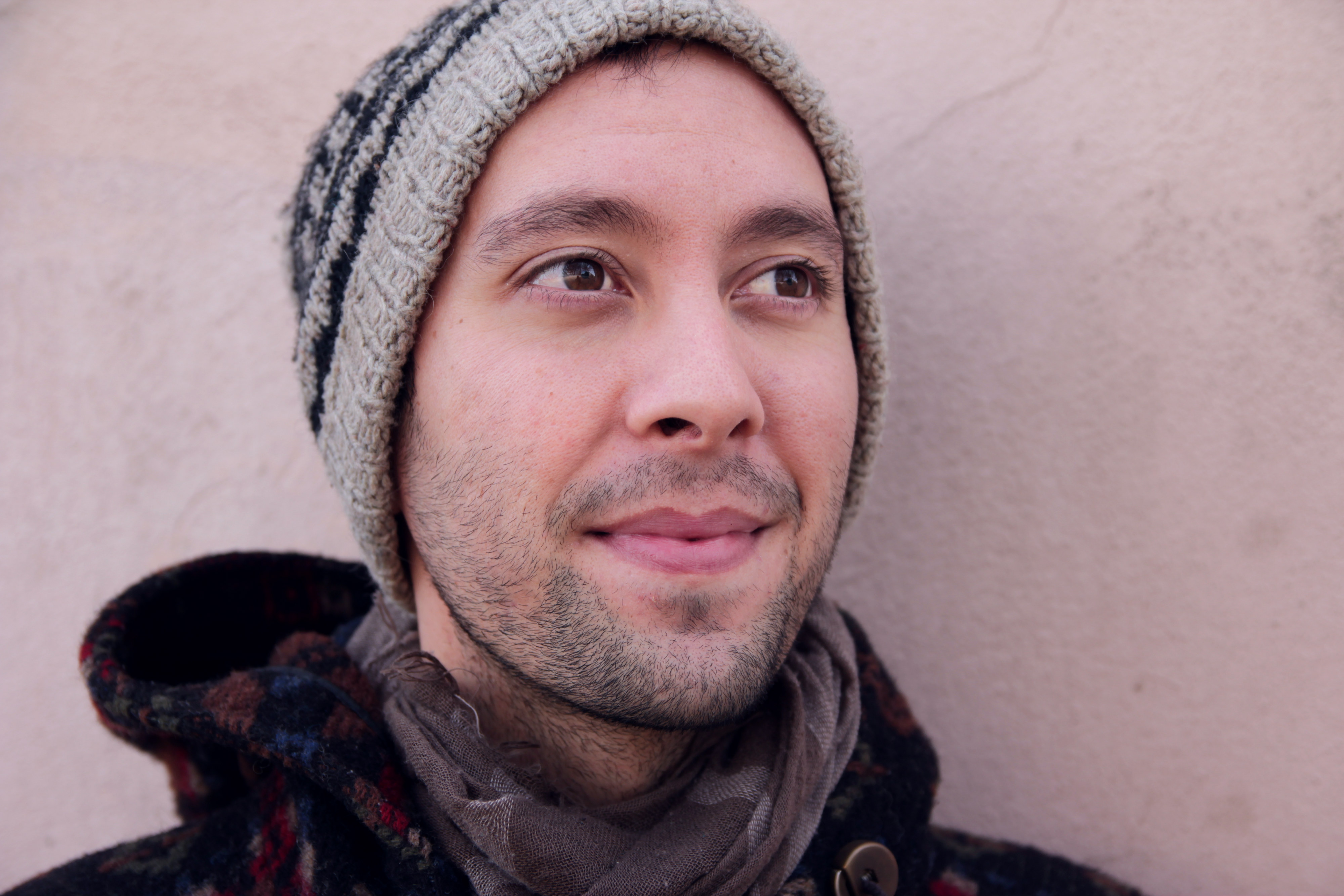 First, please tell us who are you as a person and as a musician.
As a person I’d say I’m relaxed and easy going. For me, my whole goal as a musician is to create music that gives me the feeling that I need in my life and hope that other people can relate to it. And these days I think everyone could do with a little bit of calm and peace.

What are you doing in Estonia?
I’m living in Tartu with my wife and dog and I am working as a sound engineer at Genialistide Klubi.

How did you find your way to music?
Some of my earliest memories are of music and ever since I can remember I have known that I would be doing something music-related. But my first steps in music were playing trumpet in my elementary and middle school bands. That led to guitar, which led to recording and electronic music.

Please describe your style to the audience who have never heard your sound.
For this Water EP, the style could be called calm or chill, atmospheric, introspective.

What is your main message as an artist?

To take time to stop every day and just appreciate life and the world around you. And when you’re done spacing out, get up and go do something productive and creative. Even if it’s just cooking a nice dinner.

Are you more of a philosophical musician or are you more into the rational process or maybe both?
Definitely both – you need both sides of the brain, the heart, the gut and everything else! It’s a total system.

But could you tell us about your creative process as well?! How do you “build” your music?
These days my creative process is really smooth and relaxed.  I used to (but not all the time) really try and force out ideas and force myself to work which often caused me to become frustrated. But now I know when the creativity is flowing and I am getting closer to my own voice. If 80% of a song doesn’t come out in a few hours, then I have no problem stopping and throwing the idea in the trash. And then I really like to take my time with the next 20% – sometimes it takes up to a year to let the track evolve and come together. It keeps the songs fresh rather than obsessing and eventually getting tired of it. 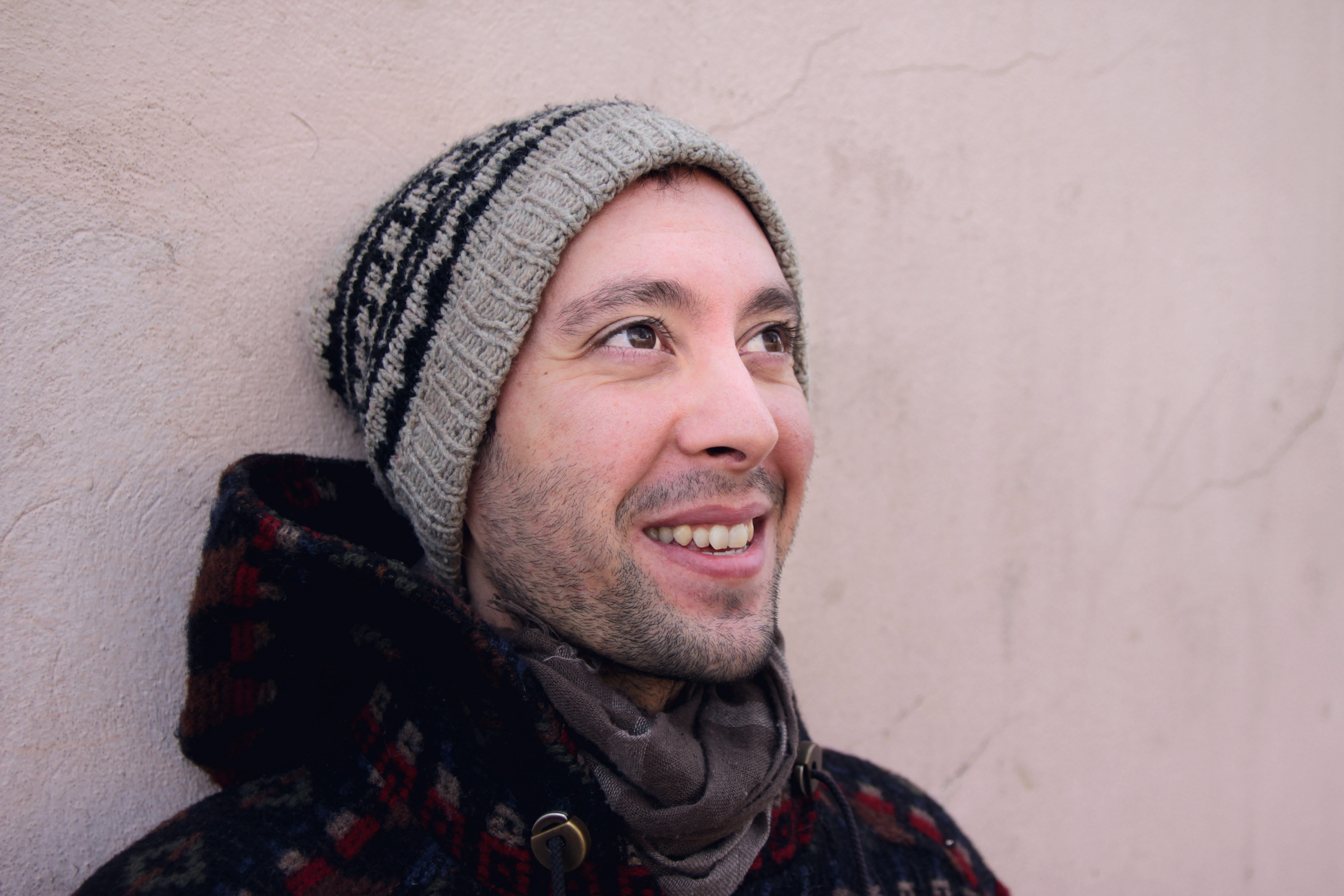 Who was your first favorite singer or a band?
That’s hard to say. My first memory of music was in pre-school, when I was about  3-4 years old, and during nap time the teacher would play music, and one song that she played often was Billy Joel’s “For The Longest Time”. I remember my ears pricked up whenever that song came on. And there’s other artists who I’m too embarrassed to say I liked as a kid.

Well, we are curious – who?!
Haha OK!  I’m not sure if they made it over to Estonia but when I was a kid growing up in the 90s the big ones were Kris Kross, TLC, Soul For Real, Skee-Lo (although I admit I still like “I Wish”). That was when I was about 11-12 years old.  I actually don’t have many memories of listening to music for fun before that time. I wonder how different my personality would be if instead I grew up listening to The Beatles, T.Rex, and Pink Floyd.

But nowadays, who is your idol or an inspiration?
My favorite bands these days, in no particular order, are Panda Bear, Animal Collective, Celia Cruz, Zuco 103, The War On Drugs, Liars, Santana, Modeselektor, Konono N°1 and a bunch more. I’ve really been loving Brazilian and old school Latin music lately, like Celia Cruz and Larry Harlow.  I posted a 9-hour Spotify playlist on my Facebook page if anyone is interested. And for Estonian artists I just did sound for Pastacas and Mari Kalkun who were both incredibly inspiring.

You released an EP named Water. Please tell us about it.
Well it’s a collection of songs with the oldest one going back 6 years, and the newest one written last summer.  There are some vocal collaborators – Elle Leatham from Oakland and Katrín Helga Andrésdóttir from Reykjavik – and my sister did some backing vocals. I wanted to release these songs as a sort of fresh start and clean slate for a lot of music I’ll be releasing in the next 2 years.

What stands behind the EP and song titles?

A collection of songs that may or may not give you the feeling of water.

When naming songs and albums I usually just go with the first word or words that pop into my head and go with it. Over-thinking in that area just leads to unnecessary stress for me.

But what stands behind specific tracks, for example “Light” and “Love and War”?
It goes back to the first question of how I make music – first to give me a feeling, to get me through the day or week, and hope that other people can relate or get something out of it. It’s hard to say exactly what the songs mean to me because I’m so inside them and I don’t have that outside perspective. With “Light” I had the 2nd half of the track written first, and thought that a slow build up leading into the 2nd half would work well. I’m always afraid of sounding cheesy or cliche with describing my own music, I’d rather the listener come to their own conclusions, but with “Light” the feeling it gives me is a connection to something bigger, the earth, nature, the cosmos we live in and the connection to spirituality, which is always tricky.

Writing spiritual music can so easily get cheesy and lame, but those are my main sources of energy in life.

“Love and War” is a reworking of an older song I had written shortly after getting married and settling down in Tartu. The ending for me gives a strong feeling of arriving home and finding what I was looking for. 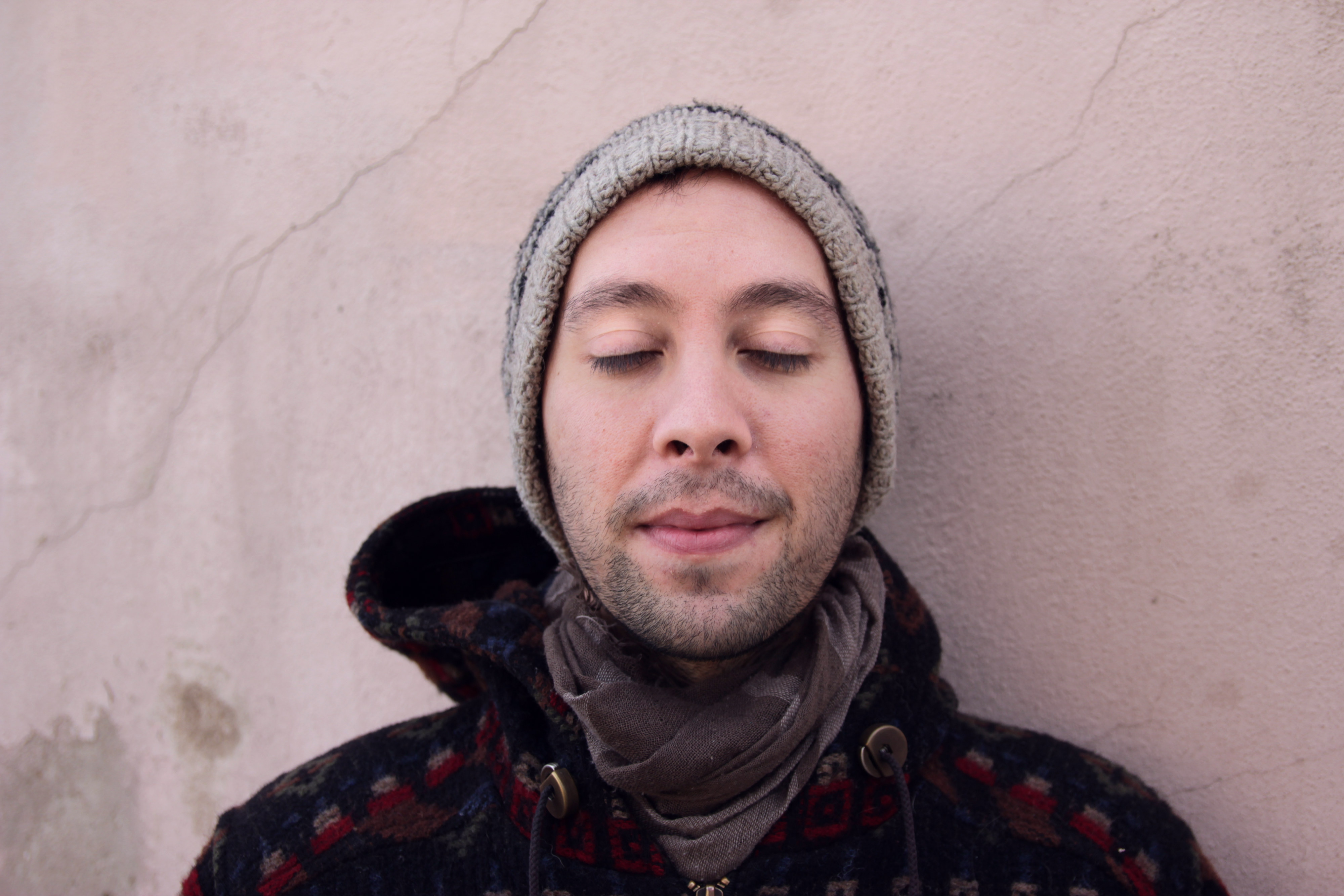 Do you plan to make a whole LP as well?
Yes, a full LP is almost ready and I plan to release it a year from now, hopefully on vinyl.  For the rest of this year I’m going to release a few singles and another EP around September.

What are your goals exactly?
Just to keep going and keep making music for Macajey. I’m doing mostly live sound engineering right now, but I’d love to get to the point where I’m doing a bit of Macajey, a bit of live sound, a bit of studio recording for other bands. I’d also really like to get involved with making music for theater and nature or travel documentaries.

Are you planning on some gigs, if yes then when and where?
Probably no gigs this year. I’m giving my live set space and time to grow. But for the next album I’m starting to put together ideas for a small tour in Germany and France and shows around Estonia possibly around December of this year. 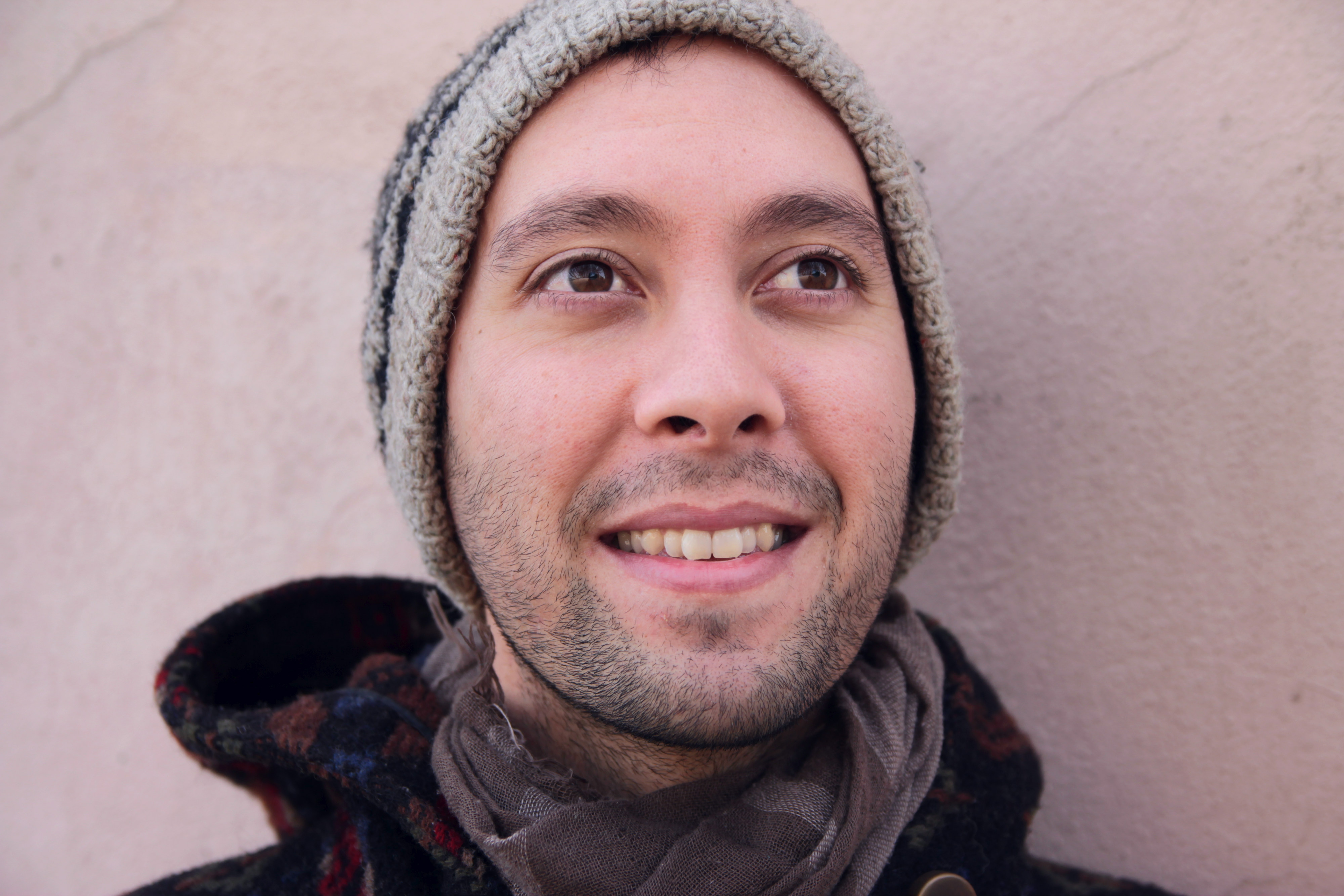 NB! Online-magazine Häppening shares photo material for free ONLY if every channel that uses the photos will add the team references visibly and refers to the online article.